In The Name Of Science, The UN IPCC And All It Stands For Must Be Destroyed 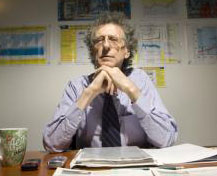 "This report and the build-up to it is a carefully choreographed self-referencing political game by Climate Change parasites which contains nothing of substance and is constructed to conceal the facts:

ALL THE DIRE PREDICTIONS of the CO2 warmists since 2000 have failed.

THE “ADMISSION” of ‘a pause in warming’ over the last 15 years is itself a cover-up for the fact that ONLY THEIR FRAUDULENT DATA shows any ‘warming’ at all in the period.

THEIR CLAIM that this pause was “something we (CO2 warmists) expected” is a brazen lie. They expected ‘runaway warming’.

THEIR STATEMENT that the world has warmed over the last 30 years or so is merely an expression of the natural solar-lunar 60yr cycle of temperatures (and Pacific circulation) explained by WeatherAction in 2008 and nothing to do with CO2.

THEIR CLAIM that alleged CO2 warming due to a small rise in the atmospheric concentration (0.04%) of the trace gas, CO2, is somehow hidden in the deep ocean is scientific cretinism beyond reason, fact or observation. [Oceans have warmed about 0.06°C the last 60 years, very alarming]

THE CO2 “theory” has no predictive powers in weather or climate and while all it’s dire warnings have failed and it’s supposed scientific basis has been shown to be lacking the prognoses of the EVIDENCE-BASED Solar-Lunar science of WeatherAction and others over the last 7 years have been vindicated.


“IN THE NAME OF SCIENCE THE UN IPCC and all it stands for must be destroyed.”

Full PDF can be found here.