Carbon dioxide: The “gas of life” 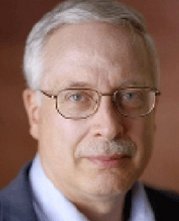 It’s amazing that minuscule bacteria can cause life-threatening diseases and infections – and miraculous that tiny doses of vaccines and antibiotics can safeguard us against these deadly scourges. It is equally incredible that, at the planetary level, carbon dioxide is a miracle molecule for plants – and the “gas of life” for most living creatures on Earth.

Eliminate carbon dioxide, and terrestrial plants would die, as would lake and ocean phytoplankton, grasses, kelp and other water plants. After that, animal and human life would disappear. Even reducing CO2 levels too much – back to pre-industrial levels, for example – would have terrible consequences.

Over the past two centuries, our planet finally began to emerge from the Little Ice Age that had cooled the Earth and driven Viking settlers out of Greenland. Warming oceans slowly released some of the carbon dioxide stored in their waters. Industrial Revolution factories and growing human populations burned more wood and fossil fuels, baked more bread, and brewed more beer, adding still more CO2 to the atmosphere. Much more of the miracle molecule came from volcanoes and subsea vents, forest fires, biofuel use, decaying plants and animals, and “exhaust” from living, breathing animals and humans.

What a difference that extra 120 ppm has made for plants, and for animals and humans that depend on them. The more carbon dioxide there is in the atmosphere, the more it is absorbed by plants of every description – and the faster and better they grow, even under adverse conditions like limited water, extremely hot air temperatures, or infestations of insects, weeds and other pests. As trees, grasses, algae and crops grow more rapidly and become healthier and more robust, animals and humans enjoy better nutrition on a planet that is greener and greener.

Efforts to feed seven billion people, and improve nutrition for more than a billion who are malnourished, are steadily increasing the tension between our need for land to feed humans – and the need to keep land in its natural state to support plants and wildlife. How well we are able to increase crop production from the same or less acreage may mean the difference between global food sufficiency and rampant human starvation in coming decades – and between the survival and extinction of many plant and animal species.

Modern agricultural methods steadily and dramatically improved crop yields per acre between 1930 and today. That is especially important if we continue to divert millions of acres of farmland from food crops, and convert millions of acres of rainforest and other wildlife habitat to cropland, for biofuel production to replace fossil fuels that we again have in abundance. Carbon dioxide will play a vital role in these efforts.

Research into natural forest and crop growth during recent periods of rising atmospheric carbon dioxide levels, between 1900 and 2010, found significant improvements under “real-world” conditions, as well. An analysis of Scots pines in Catalonia, Spain showed that tree diameter and cross-sectional area expanded by 84% between 1900 and 2000, in response to rising CO2 levels. The growth of young Wisconsin trees increased by 60%, and tree ring width expanded by almost 53%, as atmospheric carbon dioxide concentrations increased from 316 ppm in 1958 to 376 ppm in 2003, researchers calculated.

University of Minnesota scientists compared the growth of trees and other plants during the first half of the twentieth century (which included the terrible Dust Bowl years), when CO2 levels rose only 10 ppm – to the period 1950-2000, when CO2 increased by 57 ppm. They found that carbon dioxide lowered plant sensitivity to severe drought and improved their survival rates by almost 50%. Swiss researchers concluded that, because of rising carbon dioxide levels, “alpine plant life is proliferating, biodiversity is on the rise, and the mountain world appears more productive and inviting than ever.”

Other researchers used historical (real-world) data for land use, atmospheric CO2 concentration, nitrogen deposition, fertilization, ozone levels, rainfall and climate, to develop a computer model that simulates plant growth responses for southern US habitats from 1895 to 2007. They determined that “net primary productivity” improved by an average of 27% during this 112-year period, with most of the increased growth occurring after 1950, when CO2 levels rose the most, from 310 ppm in 1950 to 395 ppm in 2007.

How does all this happen? Plants use energy from the sun to convert carbon dioxide from the air, and water and minerals from the soil, into the carbohydrates and other molecules that form plant biomass. More CO2 means more and larger flowers; higher seed mass and germination success; and improved plant resistance to droughts, diseases, viruses, pathogenic infections, air pollutants, and salt or nitrogen accumulation in soils. Higher CO2 levels also improve plants’ water use efficiency – ensuring faster and greater carbon uptake by plant tissues, with less water lost through transpiration.

More airborne CO2 lets plants reduce the size of their stomata, little holes in leaves that plants use to inhale carbon dioxide building blocks. When CO2 is scarce, the openings increase in size, to capture sufficient supplies of this “gas of life.” But increasing stomata size means more water molecules escape, and the water loss places increasing stress on the plants, eventually threatening their growth and survival.

When the air’s carbon dioxide levels rise – to 400, 600 or 800 ppm – the stomata shrink in size, causing them to lose less water from transpiration, while still absorbing ample CO2 molecules. That enables them to survive extended dry spells much better.

Praise carbon dioxide – not vilify, ban or bury it

One of the worst things that could happen to our planet and its people, animals and plants would be for carbon dioxide levels to plunge back to levels last seen before the Industrial Revolution. Decreasing CO2 levels would be especially problematical if Earth cools, in response to the sun entering another “quiet phase,” as happened during the Little Ice Age. If Earth cools again, growing seasons would shorten and arable cropland would decrease in the northern temperate zones. We would then need every possible molecule of carbon dioxide – just to keep agricultural production high enough to stave off mass human starvation ... and save wildlife habitats from being plowed under to replace that lost cropland.

However, even under current Modern Warm Era conditions, crops, other plants, animals and people will benefit from more carbon dioxide. The “gas of life” is a miracle plant fertilizer that helps plants grow and prosper – greening the planet, nourishing wildlife habitats, feeding people who crave larger amounts of more nutritious food, preventing species loss, and even warming the Earth a little.

That is an amazing fete for a colorless, odorless, tasteless gas that comprises just 0.04 percent of our atmosphere! We should praise carbon dioxide – not vilify, ban or bury it.

Paul Driessen is a senior fellow with the Committee For A Constructive Tomorrow and Center for the Defense of Free Enterprise, nonprofit public policy institutes that focus on energy, the environment, economic development and international affairs. This article is from Canada Free Press

A PDF version can be found at klimabedrag.dk.